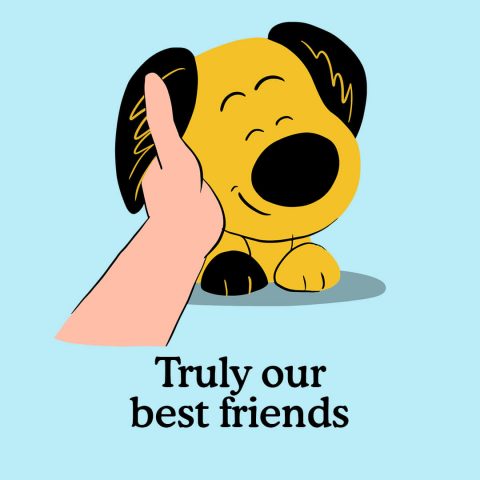 How Long Have Dogs Been Domesticated?

When you gaze at your puppy, the pocket sized wolf now living in your house, do you ever wonder about their ancestors? How long have dogs been domesticated, and how did dogs become domesticated?

You’re not alone, it’s something people are often curious about. There’s a lot of misinformation and ‘theories’ about how dogs were domesticated but let’s take a closer look at the facts as we know them.

In this article, we’re going to answer all these questions:

If you’re looking for more information about how to train your puppy using modern up to date methods, that’s been created specifically for your puppy’s breed and their life stage, then look no further than the Zigzag puppy training app. We’ve also got a team of expert puppy coaches on hand to help you out on every step of the way with any questions you might have.

How long have dogs been domesticated?

Ready for a doggy history lesson? Well, the numbers for how long dogs have been domesticated vary wildly from as much as 40,000 years ago to a more plausible 10-15,000 years ago.

Fact is, dogs are our oldest companions, and they were domesticated longer than any other species. DNA evidence puts them to at least the end of the last ice age, 11,000 years ago!

But how did dogs become domesticated?

There are a few theories on how dogs became domesticated, whether it was something humans actively did or something that the ‘dog’ did itself.

One of the most plausible explanations for dog domestication is that today’s dog came from a now-extinct type of wolf, or wild canid, and was domesticated by adapting to its surroundings and becoming less afraid of humans over time.

The wolves who were less afraid of humans (often referred to as those with a shorter flight distance), managed to get closer to human settlements and scavenge more food. They came to live in an environmental niche. Here they had an abundance of human waste products to eat, and less chance of predation as the other predators at that time (such as bears) would be less likely to come near human settlements.

These tamer wolves would also follow humans around and perhaps eventually end up living with humans in their camps. There was a mutually beneficial relationship to be had when the humans realised these animals could be trained and help them to hunt.

Ancient dogs would have been excellent watchdogs, a source of emergency food, or simply kept ancient man warm. Along with the changes that domestication brought to dogs, there would be some input and adaptation from humans as well.

The process of learning about one another and our behaviour changing is not solely something that dogs would have done. Humans would have learnt too, co-existence and understanding works both ways, and dog domestication brought out a wonderful symbiotic relationship.

The ancient dog’s physical appearance would have changed through domestication and certain dogs having the ‘friendly gene’. The Belyaev silver fox experiment illustrates this change in outward appearance when the only thing selected was trainability or tameness.

Do dogs have the same traits as pre-domesticated dogs?

When you think about how long dogs have been domesticated, you realise it’s a very long time. It’s truly quite funny to think that domestic dogs share any similarities with their pre-domesticated ancestors isn’t it?

It’s hard to know exactly what a dog pre-domestication was actually like, because they aren’t around anymore, but we can look to modern day wolves to see the key differences and similarities, in their behaviour and physical traits.

1. Domesticated dogs pick up on human cues, whereas wolves do not

In studies dogs have been shown to be much more observant and to pick up on human cues far better than wolves. Given how long dogs have been domesticated, it’s understandable that they’ve learned that keeping an eye on humans is valuable.

How did dogs become domesticated? Well probably by watching us, very, very closely!

2. Domesticated dogs have grown eyebrow muscles with which to use their body language to influence human behaviour towards them

Wolves don’t have these muscles, so that ‘cute face’ your puppy does, is likely to be due to domestication. Well, it works and you fall for it every time, don’t you?

Dogs also have larger eyes and rounder faces, and often ears that droop and hang, they just look cuter don’t they?

These physical changes likely had one purpose – to make humans want them around more, it was all part of how dogs became domesticated. Dogs evolved to look like cute babies and it’s still evidenced now by our love for breeds such as French Bulldogs, Pugs and Boxers.

3. Wolves have bigger teeth and larger jaws than dogs

Wolves have to hunt for their food, and require a huge amount of jaw strength to kill and dissect their prey. Generally speaking, modern-day dogs don’t need to hunt for food, and scavenge instead.

When dogs became domesticated, they ate our scraps…which brings us onto our next difference between wolves and dogs.

4. Dogs and wolves eat differently and have different nutritional needs

While wolves may indeed eat the contents of a herbivore’s stomach, they don’t set out to eat plant matter. Modern-day dogs, however, are omnivorous and have adapted to eat what we eat. You can also see this by a change in their teeth, and the ability to digest starches.

Wolves also eat larger quantities of food in one sitting, and go much longer between meals. The nutritional needs of a wolf are different to that of a domestic dog. How did dogs become domesticated? They adapted to eat our rubbish!

5. Wolves rarely bark, but dogs do

Of course you’ve heard the howl of a wolf, but barking isn’t something they commonly do. During the domestication process barking was likely something that dogs did for communication, and it’s been worthwhile continuing with.

A domestic dog typically plays for fun, but for a wolf puppy they are practising key survival and hunting skills which they will need when they grow up. Wolf pups need to learn how to stay safe when another pack appears, or how they should effectively deal with their own pack.

Wolves also typically do not continue playing once past adolescence, whereas domestic dogs do, and they also initiate play and affiliative behaviour with members of other species. Yes you can teach your puppy to get along with your cat! Read up on the best way to introduce your puppy to cat here.

What were the first dog breed(s) to be domesticated?

Sadly, we don’t know what the first dog breeds to be domesticated were, because they didn’t write a breed book for us! Intentional dog breeds are a rather modern and human invention, but there are some ancient dog breeds, and we can tell how old they are due to archaeological evidence.

Akita Inu – thought to be the oldest dog breed in the world, this kind of dog is perhaps as much as 14,000 years old. In 1962 remains of an Akita like dog were found in the Kamikuroiwa Rock Shelter in Japan.

Greenland Sled Dog – Coming in just behind the Akita Inu as (maybe) the first breed of dog to be domesticated, the Greenland Sled Dog is thought to be around 9,500 years old and was an efficient hunting companion to the Inuit people of Greenland.

Afghan Hound – thought to be around 8,000 years old, we have no idea how early man kept their locks so luscious. Not sure they did much grooming at all, actually. An Afghan Hound’s long hair would have helped the dogs cope with the harsh climate of Persia and Afghanistan.

We hope that’s given you some info on how long have dogs been domesticated and also how dogs became domesticated. As we’ve mentioned a few times, there’s quite a bit of conflicting evidence, but it all suggests a long, long time ago! They’re not called Man’s best friend for nothing, are they?

If you’d like to learn more, why not check out our puppy behaviour overview? We also have the perfect training programme for your puppy in our Zigzag puppy training app, we’ll walk and talk you through socialisation, life skills, common puppy problem behaviours such as biting, toilet training and we even have a team of expert puppy coaches to hold your hand and listen when it all gets a bit too much, or you’ve got a pressing question! 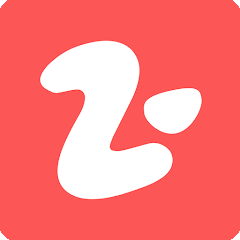